View this image in Efiles by clicking here.

More upscaled, century-old footage! This time a little closer to home, featuring shots of SW Portland, the US Custom House building, and a sneaky shot of the second Oregon State Capitol in Salem.

Related: my previous post on the Wuppertal Schwebebahn, featuring upscaled footage of the suspended railway in Wuppertal, Germany operating in 1902.

View this image in Efiles by clicking here.

AaronPresley
reply
Who could have known that that building, 70 years later, is where Aaron and his friends would frequently get REAL drunk.

While I’d personally prefer my jetpack not be made by a company named “Gravity”, this jet suit for paramedics still seems incredible. 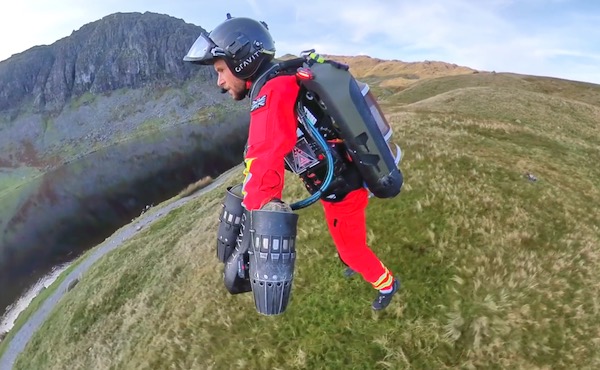 I hope to see this in the wild one day. Catch more low-flying thrills in this longer video on YouTube.1

Wheeler Is Illegally Financing His Reelection, And The City Auditor Is Clearing The Way by Andy McMillan
Thursday October 1st, 2020 at 8:59 PM

Yesterday, it was revealed that Portland mayor Ted Wheeler had made an illegal $150,000 personal contribution to his reelection campaign last month, in violation of Portland campaign finance law.

On discovering this, I emailed the City Auditor’s office to file a complaint, and received the following reply:

The City Auditor’s Office is not currently enforcing the limit on self-financed campaigns. Accordingly, no further action will be taken on your email.

Confused, I replied and asked for further clarification:

The Auditor’s Office is not currently enforcing the limit on self-financed campaigns because the U.S. Supreme Court has consistently and soundly rejected any limit on a candidate’s expenditure of his or her own funds to finance a campaign. For example, see Buckley v. Valeo, 424 U.S. 1 (1976) and Davis v. Federal Election Com’n, 554 U.S. 724 (2008).

If I’m reading this right, the City Auditor’s office is refusing to enforce the law just in case it’s challenged by the U.S. Supreme Court in the future. Which, uh, isn’t how the law works.

So, I took some time and dug into this a little deeper.

During the 2018 midterm elections, Portlanders successfully voted to amend the City of Portland Charter with new rules and restrictions on how local candidates should manage election campaigns. The central tenets of which were significant campaign finance reforms, including limiting campaign contributions and requiring candidates to make public financial disclosures.

When these amendments were first introduced, they were, unsurprisingly, almost immediately challenged in court by Portland business interests. Their main argument was that they conflicted with previous Oregon Supreme Court rulings. Well, long story short, the trial court decisions were challenged, went through the appeals process, and the courts vacated the rulings. The campaign finance law we voted for was ultimately upheld.

However, according to the reply to my complaint yesterday, the City Auditor is now saying that she specifically won’t enforce the personal campaign loan (which she refers to as a “self-funding limit”) part of the law (Charter Section 3-301 (b) (3), for those of you following along at home). Her justification is that although it wasn’t specifically challenged in the aforementioned legal action, that it may be challenged in court in the future.

This is why the second reply I received from the City Auditor’s office references U.S. Supreme Court cases. It’s her opinion that if this law was challenged at that level, it would likely be struck down.

Okay, well. It doesn’t end there.

I discovered this morning that the City Auditor is in the process of adding to and changing some of their internal rules specific to campaign finance reform, which will change the law in the following ways:

These rule changes do not make objective sense. They’re changes that have been specifically engineered to allow Wheeler to fund his reelection campaign from his own personal wealth, in violation of campaign finance reform that 87% of Portlanders voted for, to allow him to steal the 2020 mayoral election, and to escape punishment for doing so.

The City Auditor is responsible for executing the law, not rewriting it. Their office is supposedly independent, but in reading about these proposed changes, it’s hard to believe that this entire process isn’t being specifically engineered to personally benefit Ted Wheeler.

I’ve submitted the following comment in writing to the City Auditor’s office, and, if you’re able, I would encourage you to do the same.

To whom it may concern,

With respect to the Notice of Proposed Rulemaking, I submit the following comments.

I disagree that the definition of complaint should be limited to an arbitrary period. It is the City Auditor’s responsibility to investigate violations of the law you’re aware of and that have been reported to you, regardless of when they took place.

I disagree with the change in definition of “election cycle” to be centered for an incumbent around the certification of the election. The definition is already unambiguous. Changing the definition allows you to allow loopholes that benefit specific candidates. You’re rewriting the law.

I disagree with you giving yourself the discretion to not fine violations and instead issue written warnings. Portland voters chose what the punishment would be when they voted for these reforms in 2018.

I oppose these changes to the law, in opposition to the specific campaign finance reform that 87% of Portlanders voted for in 2018. The City Auditor’s job is to execute the law, not misinterpret or redefine it as they see fit.

This is everything I was able to uncover today. As a disclaimer, I’d like to remind you that I am just a person, not a journalist or a lawyer. This is my interpretation from what I was unable to uncover from searching through Portland.gov, public records, and speaking with friends. I encourage you to review the links I shared, and delve into this more yourselves.

DMack
reply
not to get political, ...
Victoria, BC

egc52556
Here in the US we can't even go for a walk without it being political. Masked or not?
Next Page of Stories